Our movement was born in Florence in the beginning of the ’90s as a response for a basic need: housing. It has always fought against the lack of adequate housing policies at local and regional level. We support squatting as a form of a wider movement of material reappropriation and as defensive practice for the right to live in the city. The occupation of buildings left abandoned or taken by gentrificators and speculators means for us a strategy of conflict but also of social and urban regeneration. We hope to re-build  bounds of solidarity and equality between the urban poors and workers. We defend the common good of city from the continuous and relentless gentrification and social control project.

For this purpose we have activated local participative processes in various neighborhouds about the refitting and reuse of occupied buildings and gardens. Those initiatives have been partly received by a new regional policy in benefit of self-organized restoration of occupied and abandoned public buildings and real estates (autorecupero).

We actively organize solidarity and support to counter evictions and we criticize and boycott those social policies that continue to fuel the problem squandering public money and extending forms of social control instead of solving problems. In recent years, we have been actively following the struggle of refugees that crossed the Mediterranean. Togheter with them we organized the management of various occupied places that now host up to 200 refugees. At this time we live in various occupations scattered throughout the city alongside those who does not lower their head but chooses to fight. 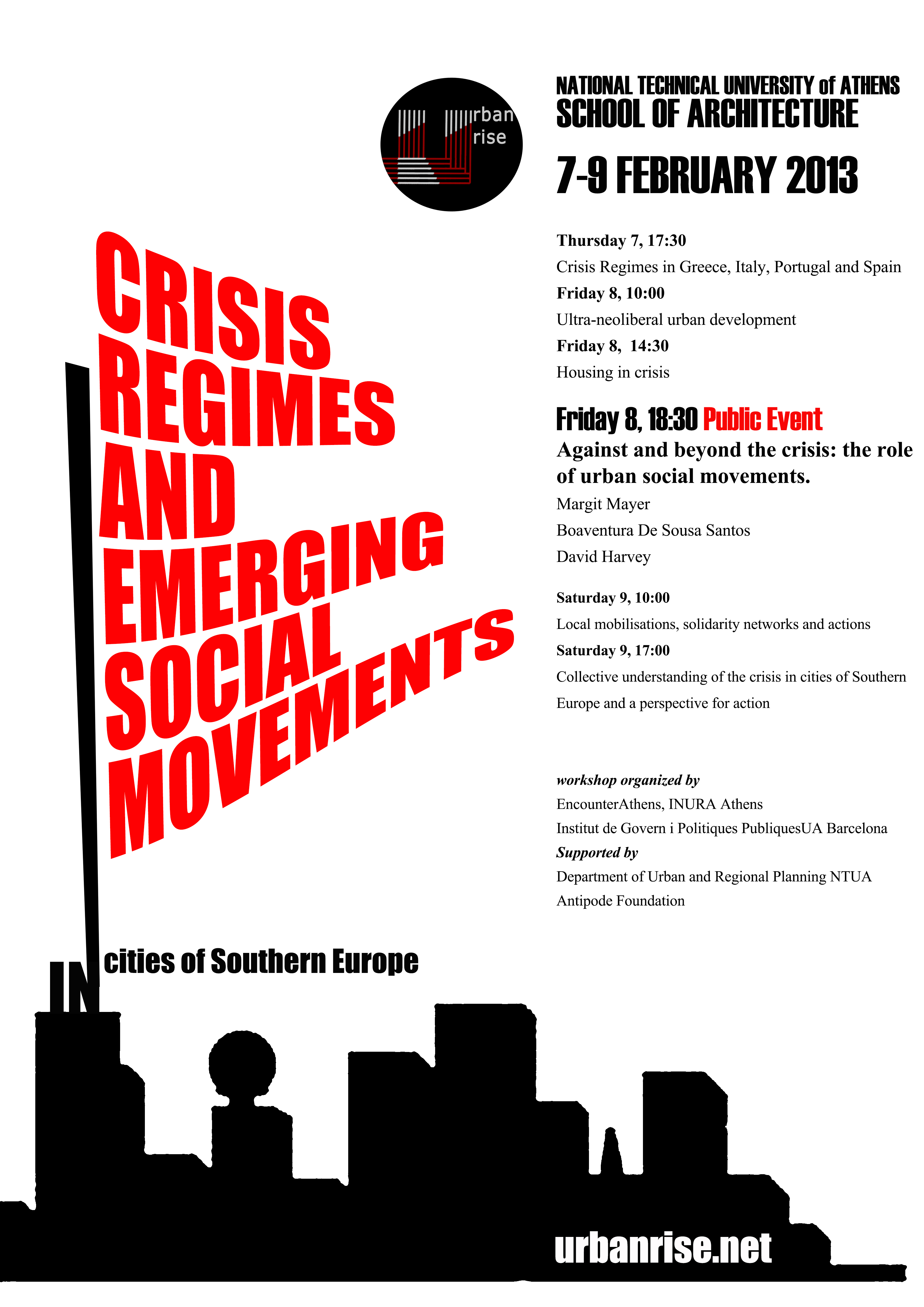 The Big Day07/02/2013
The big day is here.
This work is supported by a Regional Workshop Award from the Antipode Foundation

This work is licensed under a Creative Commons Attribution-NonCommercial 3.0 Unported License.